Swipes for the Homeless

Swipes for the Homeless is a non-profit organization consisting of a coalition of university and college chapters located throughout the world. Their mission is to tangibly and tactically partner with college campuses to alleviate hunger while raising young people’s awareness of homelessness and hunger through education and outreach.

Swipes has been recognized by The White House, Forbes, The Case Foundation, GOOD and other influencers as a benchmark for positive change on America’s college campuses and an emerging leader in the non-profit field of hunger awareness and alleviation. In 2012, Swipes for the Homeless was awarded the Campus Champions of Change by Barack Obama and the White House.

I had the privilege to lead development, implement responsive designs for tablet and mobile phones, and develop the Swipe Out Hunger campaign which aggregates social media posts with hashtags #swipeouthunger. 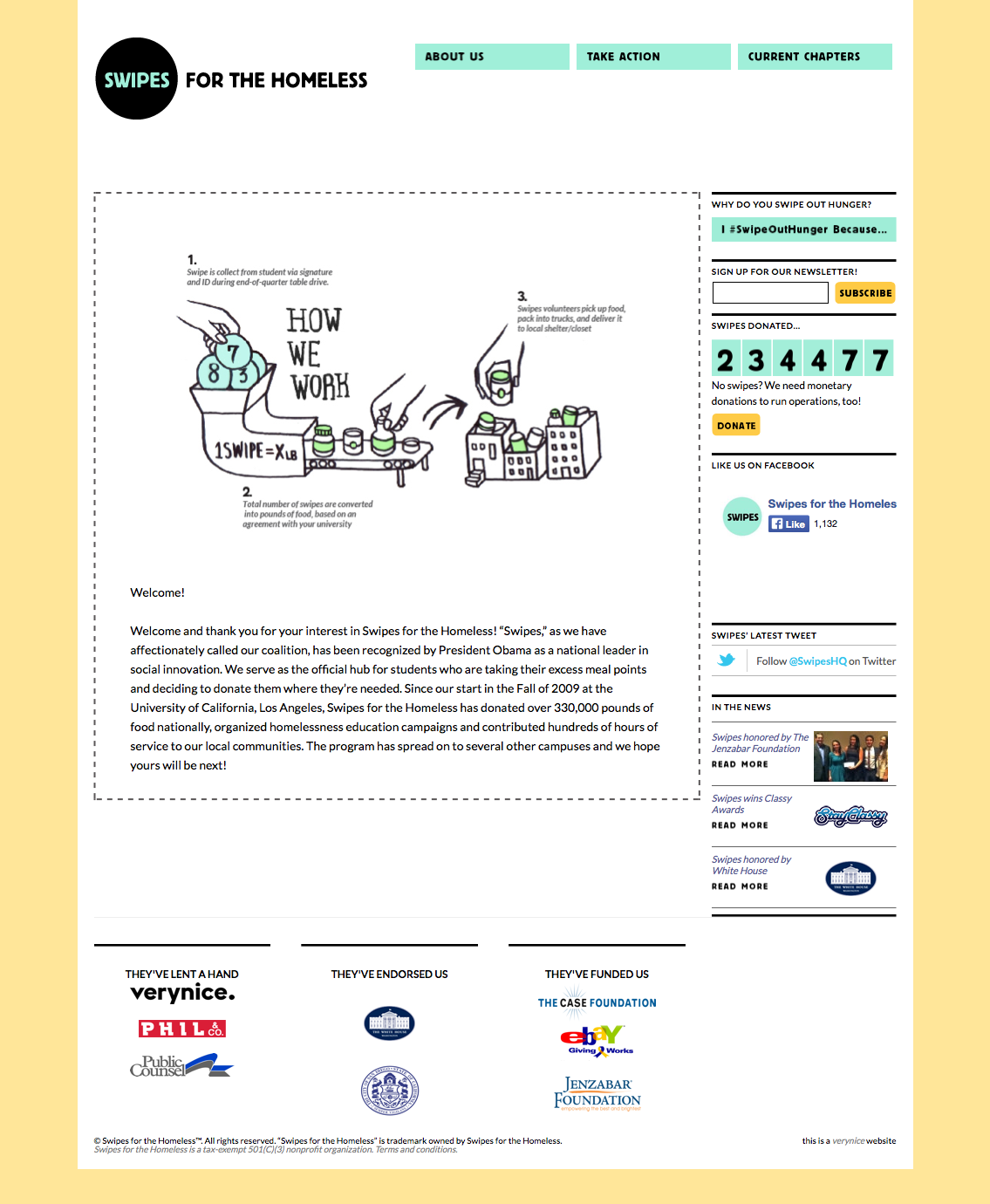 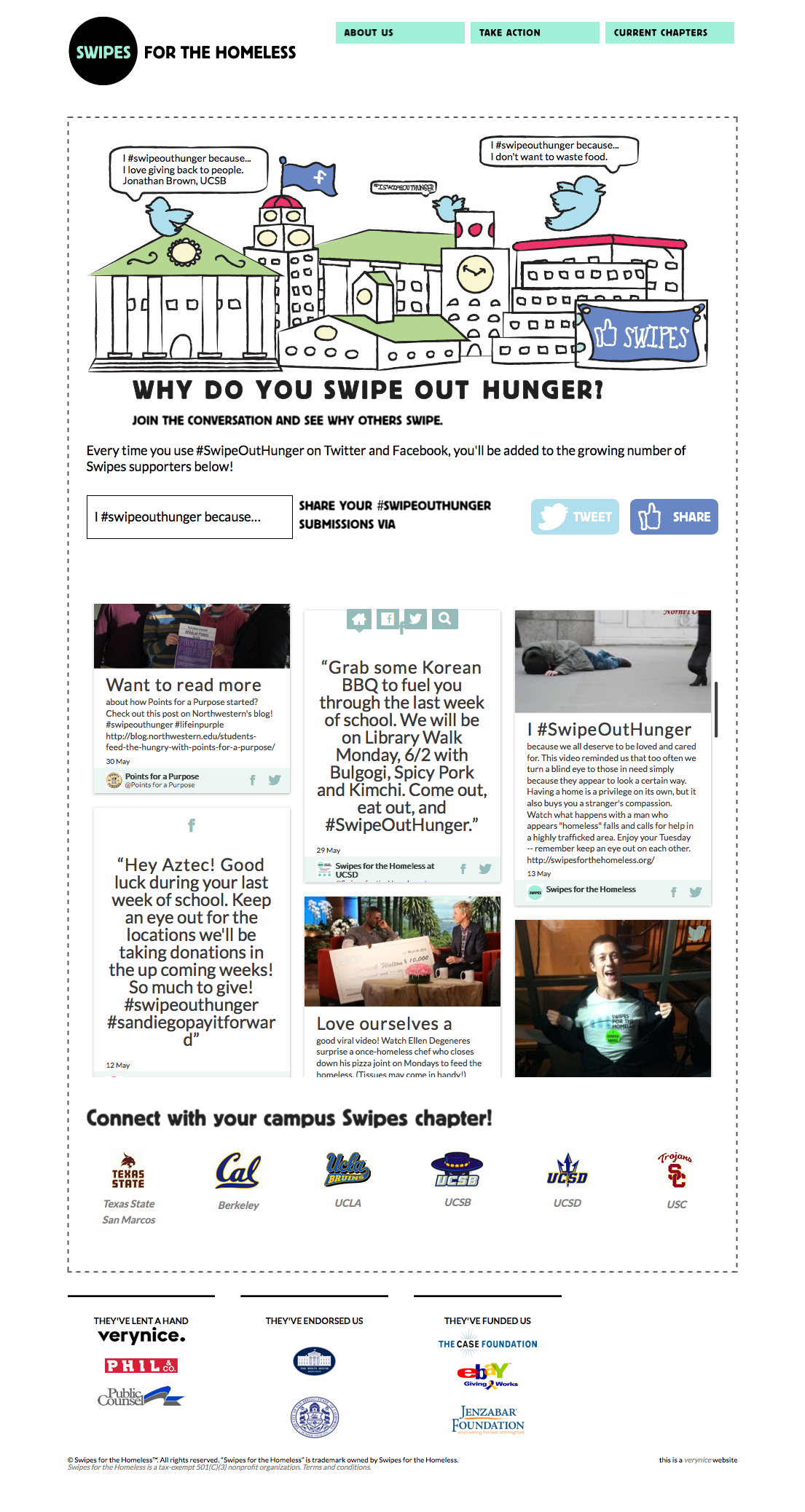